Book Review: Half A Soul by Olivia Atwater 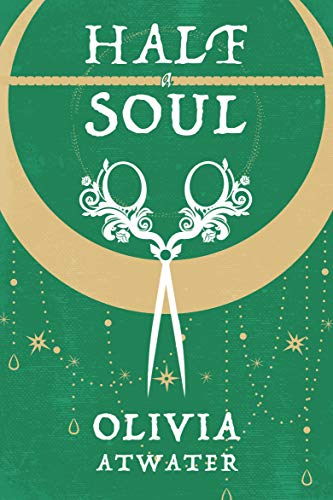 Half a Soul by Olivia Atwater is available here.

Hark, another Self-Published Fantasy Month review! And another which I’ve been sitting on for a little bit, just so I can fit it into a daily theme; today’s SPFM challenge being leading ladies. And this book has a great female lead – she’s blunt, but caring, and won’t take regency high society’s stuff and nonsense. Expect magic, fae and scissors in this treat of a book.

This is the story of Theodora ‘Dora’ Ettings, a girl with half a soul. I won’t go into the particulars of how that happened or what exactly that means for her, because spoilers, but it throws her into the world of London’s wizardry, which is rather limited, via the more abundantly apparent world of London’s upper-class social scene. Cue lots of balls and societal expectations, which Dora is perfectly suited to subvert thanks to the quirks of being her.

It’s a short book, but packed with detail that feels very real, and to my tastes it all panned rather perfectly. Regency London is well-realised with all the pompous characters you might hope to find. I wrote a little summary in my expansive list of self-published fantasies here that it’s somewhere between Jonathan Strange and Dickens, though much lighter than both, but Half a Soul has a charm of its own in its very low-key and personal nature. By keeping the plot close and restrained, Atwater really draws you in and creates something that feels authentic – both in charm and grittier aspects.

All given, a fine example of historical fantasy done well. Get it here.