Today kicks off Self-Published Fantasy Month, admirably conceived and curated by these wonderful people, and it seems as good an excuse as any to get me blogging again. I’ve been inspired to read a few specifically indie books from my mountainous pile this month, and will be posting some reviews throughout the month, as I am able. First, I thought it’d be nice to offer a little discussion of good indie books I’ve read and others I intend to (one day) read. Which is convenient because, SPFM are running a daily challenge to meet different criteria, and today’s challenge is TBR. Huzzah!

(Fair warning, this did not turn out to be a little discussion, it took me ages and I realised once again there are Too Many Books.)

Here’s a load of self-published fantasy books I can happily recommend (added in order of remembering them). I probably haven’t reviewed all of these because I’m no good at keeping up with reviews, but consider these brief words your guide:

Sworn to the Night by Craig Schaefer – a super bit of urban fantasy; fun, tightly crafted, and beat me out of SPFBO4 (so you know it’s good) – I fully intend to complete the trilogy one day

Paternus by Dyrk Ashton – a Behemoth in the world of self-published fiction; a relentlessly action-packed urban fantasy with the sort of deep folkloric knowledge that puts the rest of us to shame – also one whose trilogy I must complete

Hero Forged by Josh Erikson – a fun, funny urban fantasy following a conman; I hear the audiobook (performed by the author) is exceptionally good, too

Ghost Electricity by Sean Cunningham – solid, London-based urban fantasy – okay, I’ll be honest these ones are all urban fantasy because I’m using this post to remind myself, but it is an enjoyable book

The Narrows by Travis Riddle – creepy, Stranger-Things vibes in a small Texas town; it was on that urban fantasy list but it’s a bit different to all that

Spit & Song by Travis Riddle – a completely different affair to all the above; pleasant, desert-wandering fantasy packed with unusual creatures and places

River of Thieves by Clayton Snyder – a wholly irreverent boat-quest of rogues, steeped in the sort of humour a traditional publisher might baulk from (in the best way)

The Thief Who Pulled On Trouble’s Braids by Mike McClung – a rogue getting in over her head; a quick, enjoyable read with a bunch to follow (the rest are on my TBR!)

They Mostly Come Out at Night by Benedict Patrick – folkloric fantasy in the woods, a little The Villagesque, creepy and exciting

A Ritual of Bone by Lee Conley – fantasy horror with Viking-types coming up against a zombie horde; sold!

Half A Soul by Olivia Atwater – charming historical fantasy with airs of Dickens and Jonathan Strange, but much lighter than both

The Half-Killed by Quenby Olson – historical horror, eerie and atmospheric; really draws you in!

The Sword of Kaigen by M.L. Wang – Asian-set elemental magic meets martial arts amid family drama (honestly this wasn’t really for me but most people LOVE it)

The Fall of the Phoenix by Daniel Kelly – alright this is technically historical fiction (alternative history?) but it’s Troy and there’s sword battles so just trust me and enjoy

Where Loyalties Lie by Rob J. Hayes – grimdark pirate fantasy that surely needs no more introduction than that?

Self-Published Fantasy On My TBR

This could be an enormous list, as there’s so much brilliant-looking indie fantasy out there, but I’ll go with a short selection of the ones I’m particularly looking to read in the next, what, decade or so? Sooner. Sooner with a little discipline… Again, added more or less as I remember them. (Notes are purely the impression I’ve got from them and any misrepresentations are made with apology.)

Balam, Spring by Travis Riddle – slice-of-life something, doesn’t matter I liked his other books

Blood Of Heirs by Alicia Wanstall-Burke – epic fantasy that looks to have a family feuding grimdarky feel?

The Lore of Prometheus by Graham Austin-King – I want to say urban fantasy thriller, but my interest comes from seeing the hardback copy in Dublin and it was wonderful

Blood-Tainted Winter by T.L. Greylock – Nordic-type epic fantasy? I accidentally bought this for full price when it was on offer, so I’ve got high hopes

The Wrack by John Bierce – a plague-swept land, ahh, escapism

Symphony of the Wind by Steven McKinnon – I’m listening to this right now actually; steampunk epic with airships and more, love the idea, but it always looked so long… I own it all three versions…

Banebringer by Carol Park – another epic fantasy that looks like good fun but is also Very Big!

Vultures by Luke Tanzian – dark and dreamlike, this looks like a twistedly eerie read

Chasing Graves by Ben Galley – fun fact, I’ve got this whole horror trilogy and intend to read it for Shocktober. But the best laid plans of mice and men…

The Revanche Cycle by Craig Schaefer – speaking of plans, I have all four of these and intended to read them when we went to Japan for three weeks this year. You know. When the pandemic struck.

Guild of Tokens by Jon Auerbach – video games meet reality in a D&D urban fantasy (I’m guessing, but it’s sure to be fun either way!)

Son of a Liche by J. Zackary Pike – as I said at the start, I’m long overdue reading this sure-to-be-hilarious sequel

Well, that’s already a heap of books to make me feel guilty about not having read yet, so I’ll just stop there. Massive apologies to anyone I’ve left off, but there are many many more on my wish list and Kindle. I dream of one day reading them all. All the books. There’s so much great stuff in the world of self-published fantasy, and I urge you all to go out there and feel equally guilty for not having read it all too. 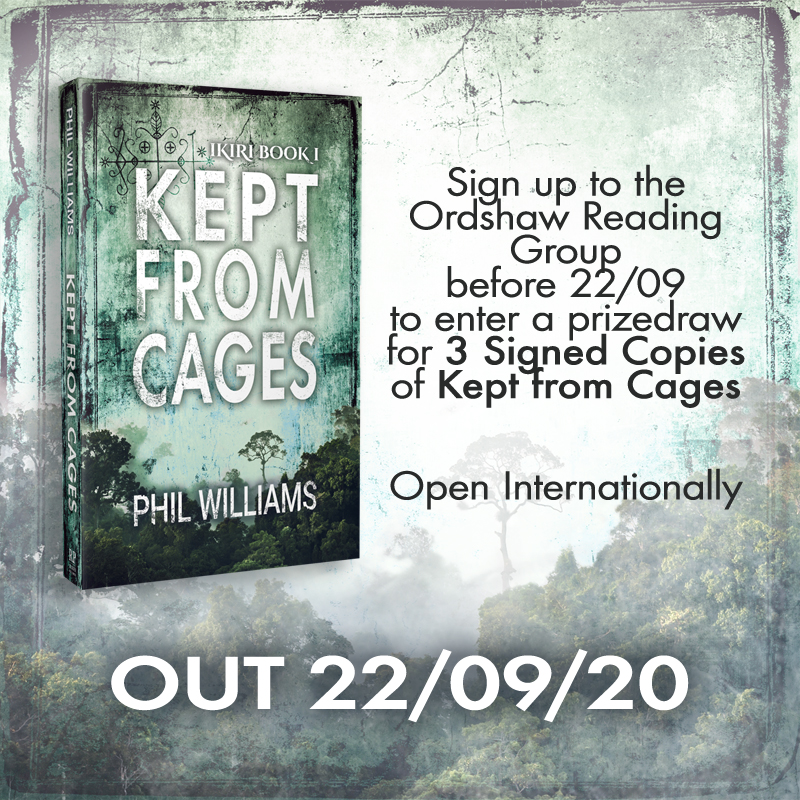