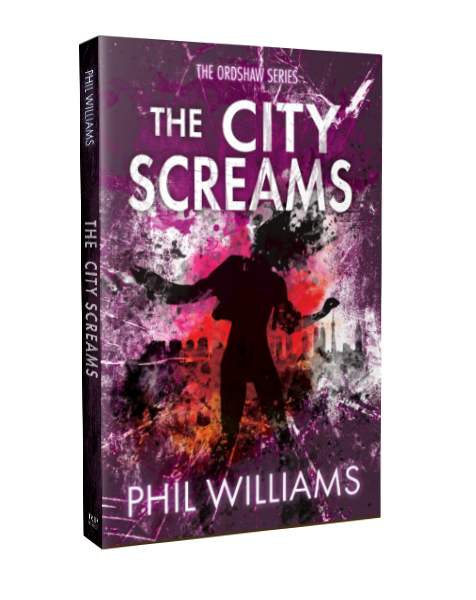 Read THE CITY SCREAMS for FREE

Want to experience Ordshaw? Join the Ordshaw Files newsletter and get THE CITY SCREAMS, absolutely free. This complete novel follows Tova Nokes from her hometown of Ordshaw out to Tokyo for experimental ear surgery. 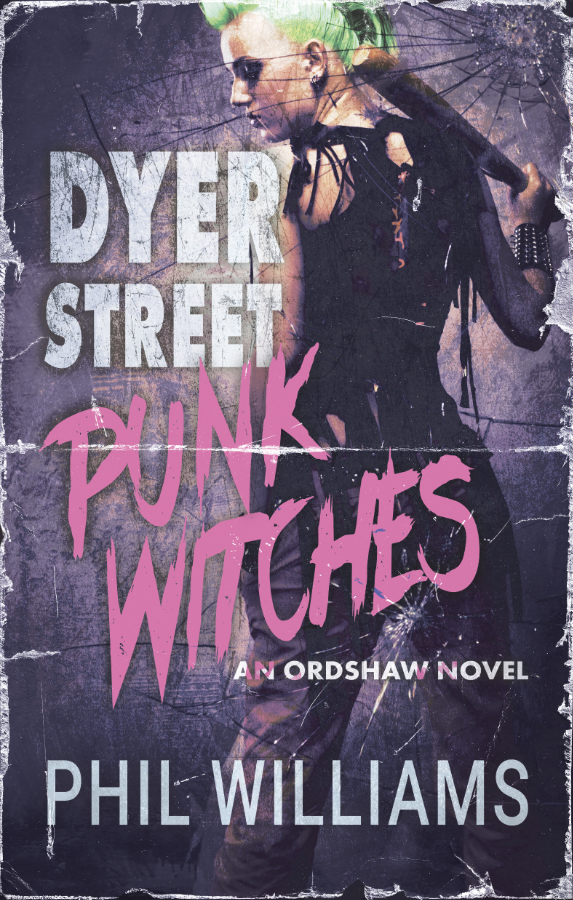 Kit hung up her brass knuckles, but she never stopped fighting. She abandoned the dark arts, but the shadows lingered. And now her past is back to haunt her. There’s a new witch in town, working with a ruthless gang to stamp out rivals – no matter how long ago they quit.

Decades older, a little wiser, and contrary as ever, Kit’s going to remind them all what a punk witch can do.

Get ready for a riotous ride into the seedy underbelly of St Alphege’s, where gang warfare and occult feuds tear ordinary lives apart. If you like tough, subversive witches and tense plots packed with twists, you’ll love this standalone urban fantasy thriller from the world of Ordshaw. 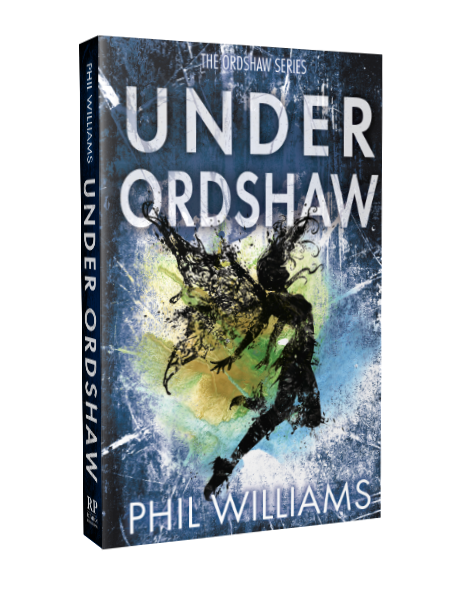 Will the answer get her killed?

Pax thought she knew the dark side of Ordshaw. A poker pro who hustles bankers and gangsters, she can take care of herself. But she’s about to discover the shadows hide far worse than criminals.

People have disappeared simply for realising what's lurking under Ordshaw.

To get her life back, Pax needs to go much further than that. 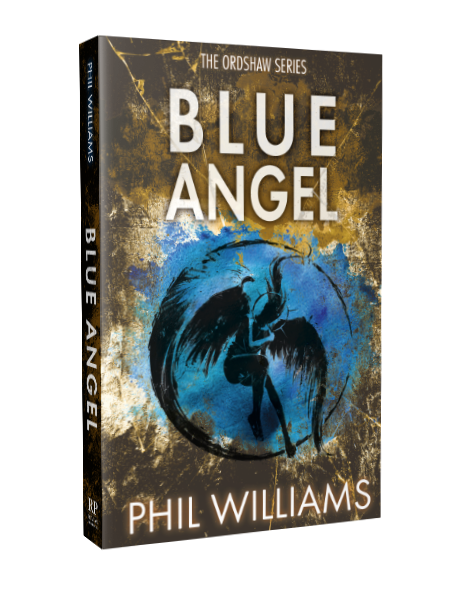 Can she survive its legacy?

To survive, she’s got to expose who, or what, is behind the chaos. She can’t do it alone.

But with only the trigger-happy Fae to turn to, Pax’s allies might kill her before her enemies do... 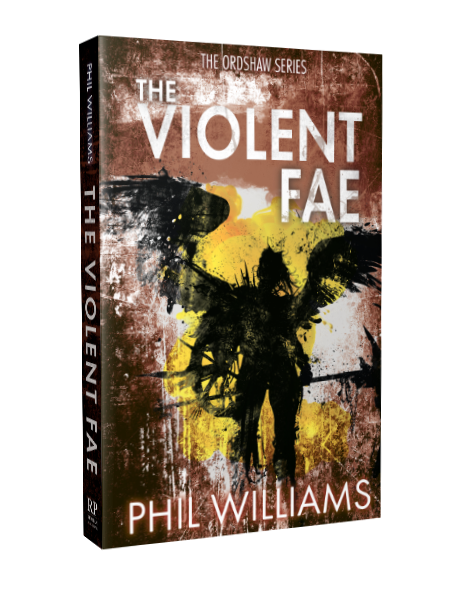 They will destroy everything to protect their secrets.

Pax is discovering that the smallest mistakes can have the deadliest impact. To defend Ordshaw, she's uncovered monstrous truths and involved terrible people. The consequences must be faced.

The Sunken City is unstable. The Fae are armed for war.

Can Pax stop the coming disaster?

Tova’s getting her hearing back.

She’s going to wish she wasn’t.

Alone in Tokyo for experimental ear surgery, Tova Nokes is finally shaking up her life. But when she starts to hear things she shouldn’t, all she wants is to make it home alive.

There’s a voice saying it’s where she comes from that makes her special.

If she can only survive violent stalkers, and the terrible screams, she might figure out why… 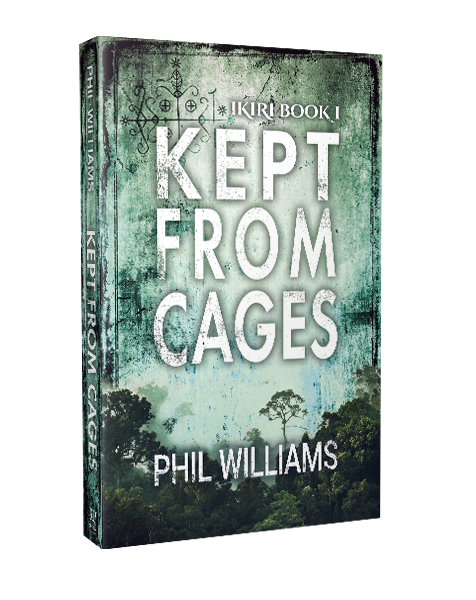 No one returns from Ikiri.

Reece's gang of criminal jazz musicians have hidden in the wrong house. There's a girl with red eyes bound to a chair and some unholy forces are determined to see they don't set her free.

On the other side of the world, Agent Tasker links a village massacre to a mercenary expedition to the Congo. He's only got a female assassin to help him, and a single name to go by. Ikiri.

These two arcs combine in a fast-paced, chilling supernatural thriller that you won't be able to put down. 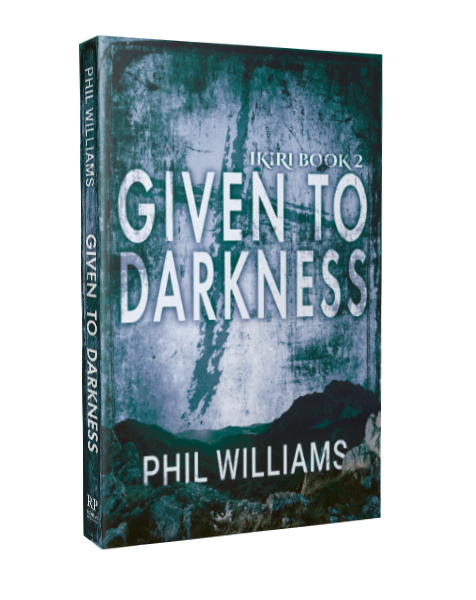 Ikiri demands blood. Whose will it be?

A malevolent force stirs from the heart of the Congo. One child can stop it – but everyone wants her dead.

Can the few, unstable protectors she has  left get her to Ikiri alive?

The concluding part to the thrilling Ikiri Duology, following directly on from Kept From Cages. 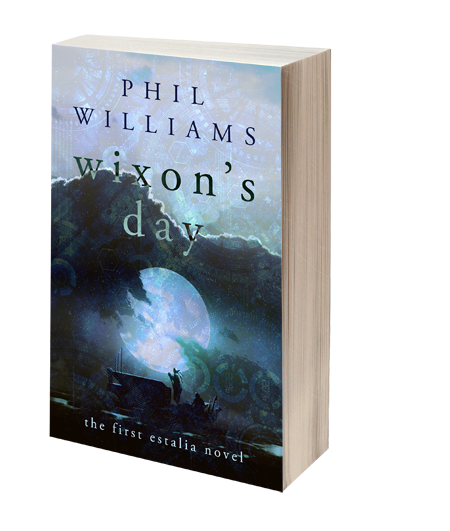 He wanted to the ruined world…

Now he has to save it.

Marquos travels Estalia’s waterways with a secret. The girl hiding below deck was rescued from the mines. Can he get her home safely before disappearing into the North?

She’s opened his eyes to the true nature of Estalia’s Guards. Kidnapping children is the least of their crimes. There’s a secret war coming closer to home – and their terrible weapons point back to the time before the darkness. Are the rebels right to resist the only order left in the world?

Marquos cannot run from the truth.
It’s a fight he must join, on one side or the other.

But can he protect what’s left of the world, or will he cause its destruction? 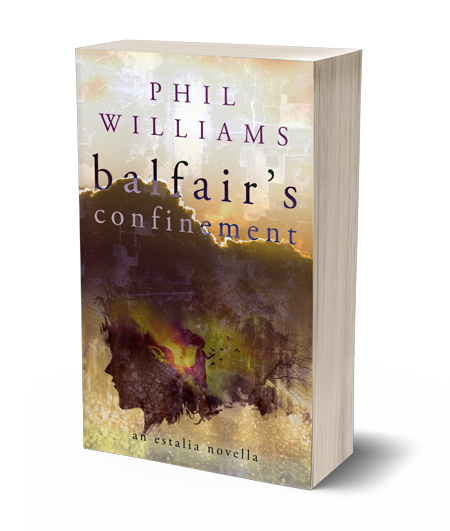 She’s been oppressed all her life.

Deni dreams of escaping the derelict estate of her master Balfair. When he drags a mysterious fuel from the swamp and excludes her from a mysterious new project, she sees her chance.

The ruling Guard will not stand for rogue engineering.

And Deni will not stand for this life any more.

But will bringing their war-mongering leaders into her home really set her free? Or are there worse fates than this cruel isolation?

Whatever the consequences – their whole world is about to change. 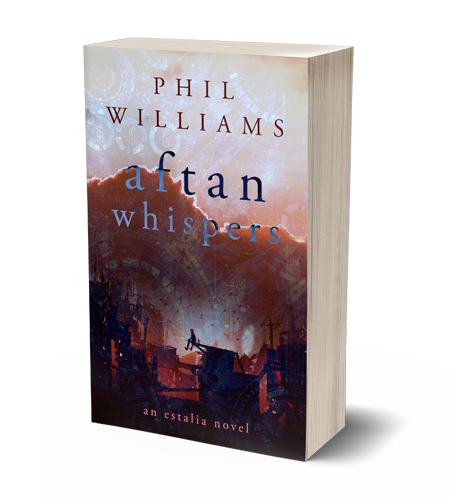 He didn't know how savage the world was…

Until he met Deni.

When Tyler helps a girl on the run, his carefree life gets complicated fast. Deni isn't afraid to kill, and she’s got a secret that could tear open the sky.
Racing from a besieged city to the war-torn countryside, Tyler soon discovers that the Empire’s guardians are their biggest threat. But how can he and Deni expose their leaders without exposing themselves? And who can they possibly trust now?

Can this mismatched pair overcome the full fury of the Guard, when all they’ve got is each other? 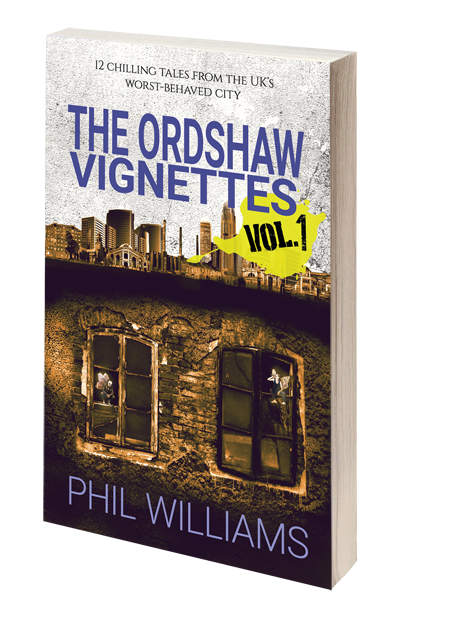 Sometimes terrible things happen that can't be explained.
Sometimes it's safer not to know.

A collection of 12 short stories from the UK's worst-behaved city, asking one key question: what if life's darkest mishaps - the mistakes, confusions, and strokes of awful luck - were caused by something ... else?

Witness carjackings, domestic arguments, theft and murder; question perceptions and reality to find the answers - all in the space of a tea break. Step into Ordshaw today and ask yourself, what secrets does this city hide? 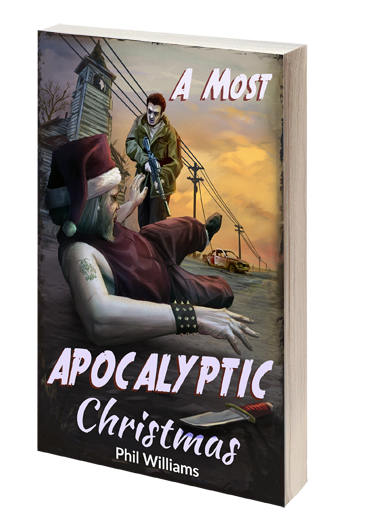 A Most Apocalyptic Christmas

The night before Christmas, Scullion’s stuck halfway between the USA's last surviving cities.

There are bandits out to kill him.

And he wants a drink, bad.

Scullion plans to get what he wants. He's faced tougher killers than these punks before.

But there's worse to come. A barbaric community with an utterly distorted seasonal spirit are about to teach him the true meaning of Christmas:

It's dangerous to go alone.

If you like madcap action and desolate futures, you'll love this dystopian rollercoaster. 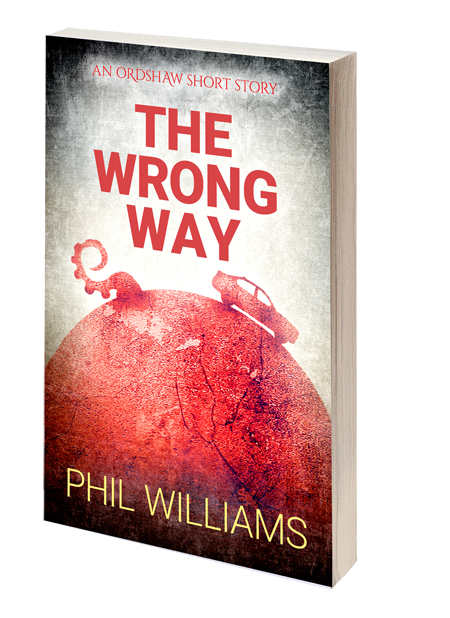 She wants to ask for directions.

The argument goes too far.

A popular short horror story set in the cruel city of Ordshaw which tackles a situation familiar to every one of us.

Phil Williams was born in the commuter-belt of Hertfordshire, where he learnt to escape a comfortable life through sinister fantasy fiction. His erratic career has variously involved the study of language and people- and took him to such locations as Prague, Moscow and Abu Dhabi. He finally settled on the quiet Sussex seaside, where he lives in Worthing with his wife and his fluffy dog, Herbert. He divides his time between writing educational books that help people better understand English and fantasy books that help people better escape reality.

So he tells himself.

Ordshaw: a collection of urban fantasy thrillers set in and around the UK city of Ordshaw – a place where dark secrets threaten the modern world. The Sunken City trilogy follows card sharp Pax Kuranes’ introduction to a labyrinthine conspiracy, starting with Under Ordshaw. The spin-off Ikiri Duology, starting with Kept From Cages, takes things global. Expect monsters, diminutive fairies and a mystery that’ll take a lot of late nights to unravel.

Estalia: starting with Phil’s debut novel, Wixon’s Day, in 2012,  this post-apocalyptic series explores a dystopia powered by steam. With reconstructed steampunk machines and an anarchist government, Estalia is a deadly place that gets more tense and chaotic with each instalment in the series.

His work also includes stories set in the post-World War 3 dystopia of Faergrowe (including A Most Apocalyptic Christmas and an upcoming five-book action-thriller arc starting with The Worst Survive), as well as various standalone stories and screenplays.

I’ve read an utterly absurd 180+ books this year, in huge part thanks to audiobooks. which make every idle moment an opportunity to drink book juice through your earholes. This is something of a double-edged sword, because reading tons also means it’s hard to narrow...
Read More

The Merry (Part 3): An Ordshaw Vignette

It is the most wonderful time of the year, because I have for you the final part in the Ordshaw Vignette saga that is The Merry. Those of you who've been with me for a while have no doubt been eagerly awaiting more (or occasionally looking at the ceiling and wondering...
Read More

Given To Darkness: Everything You Need To Know

Welcome back to Ikiri. We've been a while, but the time's finally come to return. I'm delighted to announce that the sequel to Kept From Cages, the concluding chapter of the Ikiri Duology and the latest entry in the Ordshaw extravaganza, is complete. It has a release...
Read More

Want to get in touch? Whether you’d like to discuss my novels, speaking engagements or the colour of cheese, I’m always happy to hear from fans. You can contact me at phil@phil-williams.co.uk

You can also find me online here: 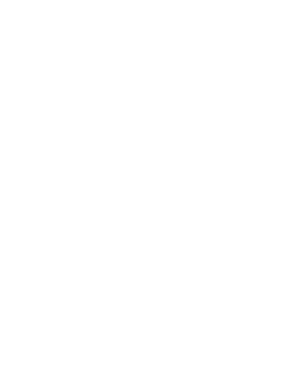 Sign up and get THE ORDHSAW VIGNETTES Vol. 1, absolutely free.