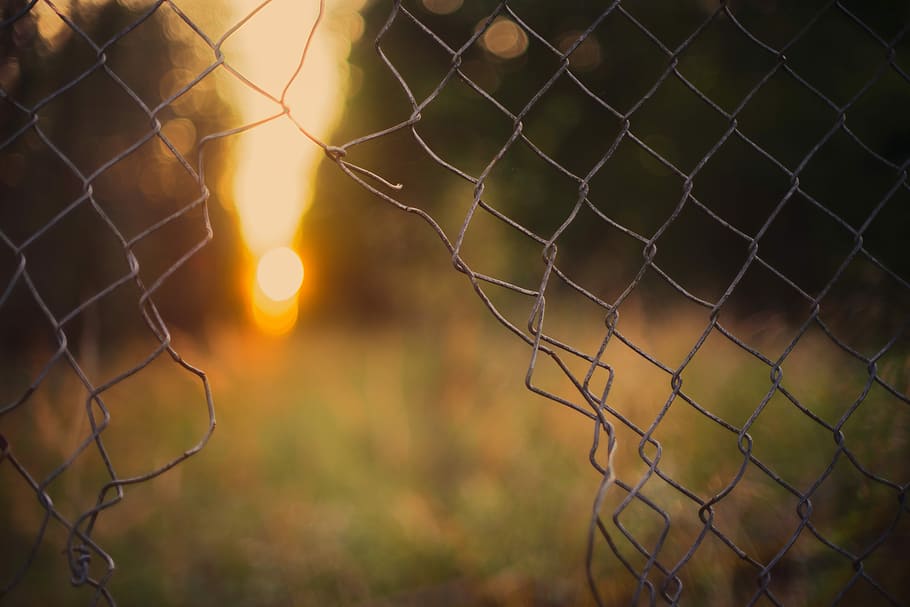 We’re midway through the year and it’s high time for some updates. After a long road of complications and Coronavirus distractions, I’ve finally sent off my next novel for editing. and it should be hitting the shelves soon. My first new release of 2020, but my third book of the year.

I spent a lot of early 2020 working on a dystopian thriller to pitch to publishers, followed by an Ordshaw book continuing where The Violent Fae and The City Screams left off. The former is now on the old and the latter needed some space to mature – but I’ve since put together something else rather special.

Kept From Cages is an Ordshaw novel, but a departure from the existing series in character and plot – to the degree that (for now at least) I’ll be releasing it under its own series title, as Part 1 of the Ikiri Duology.

So, what it’s all about?

What’s the story of Kept From Cages?

A band of criminal musicians take shelter in a farm, where they find a red-eyed girl, bound to a chair. Their attempts to rescue her and get home to their Louisiana trailer park are complicated by an unstoppable creature and its sword-wielding master. To defeat them, the Cutjaw Kids need to figure out what makes this girl so special.

On the other side of the world, Agent Tasker of the MEE discovers an unexplained massacre in a Norwegian fishing village. His source is murdered, possibly by a big corporation covering up deadly preternatural research. To take them on, he must team up with an erratic female assassin who hears voices – and she’s intent on pursuing a mystery at the heart of the DR Congo.

So emerges a long-buried conspiracy of mercenaries and murderers, where psychic energies and mass hysteria collide. What did they uncover in Ikiri – and what can a gang of trailer park misfits do about it?

How does this fit into the Ordshaw series?

Keen-eyed readers will notice Tasker, a minor character in The City Screams, but though Ordshaw features in the story, Kept From Cages very much steps outside the city for a whole new adventure. From Louisiana to the DR Congo, this is a journey that places Ordshaw as a background detail in a much wider world.

It does fit into the overall series timeline, however, taking place a couple of months after the events of The Violent Fae, and this duology will feed back into the main series eventually, so expect to see crossovers later!

A little history for the book…

Kept From Cages is an old story of mine – based on a plot I first wrote when I was a teenager, featuring characters I’ve lived with for a long time. It speaks to some of my earliest interests in storytelling, with anti-heroes and secret cults, larger-than-life enemies and madcap chases. I’ve rewritten the novel maybe half a dozen times since, but there’s something telling about its unashamed, action/thriller vibe, in that the main thrust of the plot is almost the same now as it was fifteen years ago.

It’s a chaotic romp with clear influences in Tarantino films and epic Manga-style adventures, probably with a bit of Highlander in between. I hope you’ll enjoy it on its release!

Kept From Cages will be out within a couple of months – watch this space for more news. But in the meantime, if you’re behind on the Ordshaw series, I’m running a sale on books 1 & 2 this week only (with Blue Angel on offer for the first time!) – get Under Ordshaw and Blue Angel for just 99c/99p each today – click the titles or on the image below. 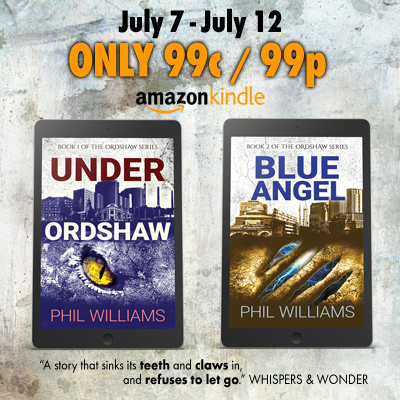