How Heller Inspired Me 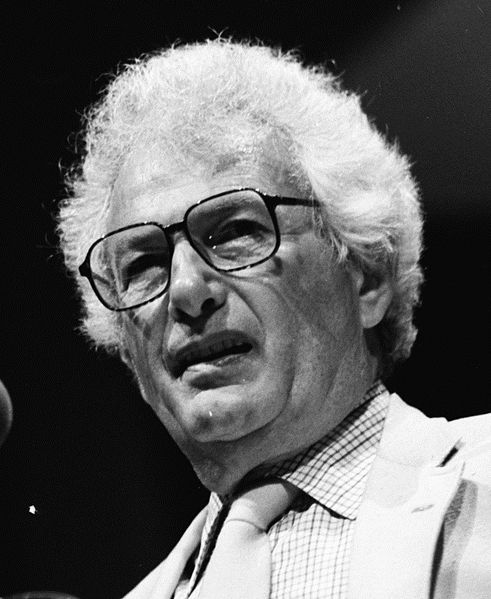 At the age of 17 or so, we were tasked with comparing two books for the English A-Level: Joseph Heller’s Catch 22 and Louis De Bernieres’ Captain Correlli’s Mandolin. The latter was perfectly enjoyable, and a solid read. The former, though, completely changed the way I thought about writing. Without doubt, reading Catch 22 was the first time a book wowed me to the degree that I realised a novel could be that much more than a story.

There were many facets to this: for me, the absurd humour was pitch-perfect. The characters and situations were beautifully realised vignettes. The erratic timeline was an incredible exercise in a puzzling, labyrinthine narrative, almost creating a game of the story. All Very Clever Stuff, worth aspiring to – which I did, with the first novel I wrote that I considered of publishable standard (it wasn’t; though it was ambitious, with about 250,000 words of disjointed narrative concerning farcical 21st century terrorism). But the cleverness of Catch 22 aside, what really impressed me, more than anything, was the way Heller developed the story’s atmosphere. The book shifts slowly, almost imperceptibly, from chaotic comedy to something really quite harrowing. Where it starts with a thousand madcap characters, by the end you’re left with only one, and the empty feeling of not knowing exactly how we lost all the rest.

I think I’d read Catch 22 four times by the time the class had been through it once. I revelled in it, and came away awed at how deliberately crafted this effect was, and how important it felt. It perhaps gave me some lofty goals that might’ve held me back from releasing my earlier works, but it taught me to take real pride in what I was doing, and to really strive for something really special. It set a standard in my mind. If Joseph Heller could create something this special, what was I doing?

Heller himself wasn’t hugely prolific, whereas I was churning out needless prose, but the small library he developed was incredibly well realised. I was similarly impressed reading Something Happened, later, which did for ordinary working life what Catch 22 did for war. I gather it’s nowhere near as popular, generally, but to my mind that’s because it does what it set out to do so well: captures the mundane reality of a disappointing life. Probably, most people don’t really want to experience that, even less so when it feels so real.

When I was fed lectures about how modern and poignant Don DeLilo’s White Noise was at uni, all I could think was that Heller already did this, better in my opinion. Something Happened was so much drearier, felt so much less like fiction. Plenty would disagree, but it goes to show, different work has the ability to connect with us in different ways. After all, by the time I read Catch 22 I’d already read work like Shakespeare and Ian McEwan, why was Heller the one who made me believe in the power of carefully designed writing? Maybe it was perfect timing, or maybe it was the quality of his work, but Heller’s writing lit a flame in me that still burns today.

(PS: I wrote this before realising George Clooney’s new show was out, and sadly haven’t even looked at it. I heard bad things. But then, it’s very hard to recreate Heller’s vision. My 17-year-old novel proved that.)