The Dancer – an Ordshaw Vignette 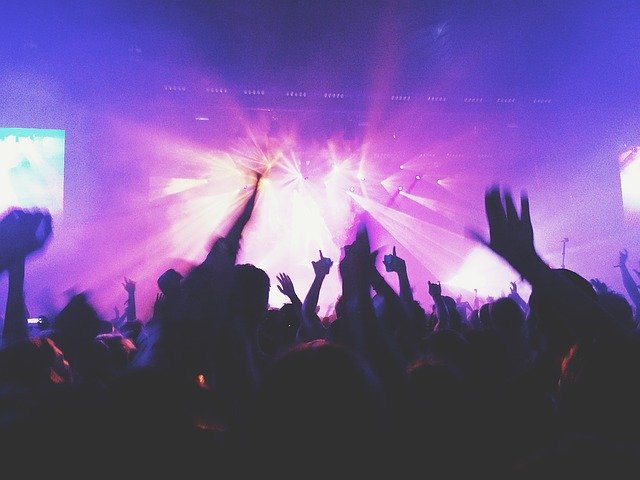 Another month, another vignette, and this one’s a little special because it speaks to something we’ve not touched on too much yet in the world of Ordshaw. Namely, this may or may lay a hint towards a possible The City Screams connection.

Read The Dancer absolutely free below for a little tale of vice and redemption and … maybe something else!

Stacy wouldn’t admit it now, but she really loved clubbing, once. Now, she’d tell you it was a waste of money and health. Better to get up early, seize the day, enjoy sports. You never saw them while running.

But her first time clubbing, down Galaxies, was great. No complaints, except when Ryan threw up on her shoe. Second time, not so great. She chugged VK Orange and bounced round the dance floor, singing like a strangled hippo, loving it. Until they appeared.

A flash of a grimace. A shadow stretched long with jagged teeth and pained eyes.

Stacy stopped and scanned the sweaty mob, but it was gone. Her friends waved encouragement as another tune came on. Stacy shook off the ill-feeling to join back in. Jumping arm-in-arm with hair swishing across her vision, they came again. Between the shoulders of two lads, stretching towards her – fear tripped Stacy and she almost fell.

It disappeared just as quick. Amy laughed and Stacy waved it off.

Nothing. Dizzy, that’s all. Not something reaching from the crowd.

Stacy went to sip water at the bar. Her friends beckoned her and she said sure, but later – she was happy watching. She sank three VKs but couldn’t get back in the mood. With a shiver, she realised she was watching the spaces between people.

The next time they went to Galaxies, Stacy said she had to help her mum about the house. On a Friday night? Yeah. Then it was Freezer, for Amy’s 18th, and she couldn’t say no. Three weeks had passed and it was time she faced it, anyway.

Drinking, joking about, braving it, dammit she was gonna dance again.

An hour in, Stacy forgot she’d ever been worried. She could do this every night, soaking up the music, playing with the boys. Then Mr Brightside came on and everyone sang as one and Stacy turned from one friend to another to share this moment and this feeling, this – terror caught her mid-jump and she missed the landing. Her shriek was lost in the roar of the song, and her hands stuck to the floor as she scuttled between legs trying to stand. They were everywhere – shadow flashes, wicked jaws open in bites and screams. She pushed out of the melee, unblinking, spinning.

A dancer bumped into her and she flinched. They were gone again.

They had been there, though – a pack, reaching with violent, hateful faces. Resenting happiness. Stacy ran for an exit. She gulped lungfuls of secondhand smoke and steadied herself against a railing by the road. She cringed as a passing car’s headlights lit a shadow in a shop window.

Then nothing. She was alone and shaking.

Amy caught up to Stacy, rubbed her back, brought her water, asked questions, said soothing things. Stacy smiling it off, weakly. What was she supposed to say? They’d all freak the hell out thinking she was seeing things. How could she talk about it? How could she dance?

Days went by as she pushed that feeling down. Trying to recall those faces, trying not to. Trying to summon the bottle to talk about it. Then weeks went by and she kept making excuses. Years went by. She fell out of touch with Amy. Went running when others went clubbing. Drank smoothies when they pounded spirits. Told herself it was a choice. Her mind or her body had sent her a signal, nice and early, to keep her safe from vices. Who needed clubs? And when they still appeared in her dreams or the corner of her eye, it was just a reminder.

A warning against a heady lifestyle. What else?

I can think of a few people Stacy might want to talk to about all this. But hey, I guess she made her choice.

But if you are itching for more, I’ll be back soon with another vignette, and watch this space for updates on a follow up to The City Screams, expanding on the themes here. Be the first to hear about both by joining my mailing list here.