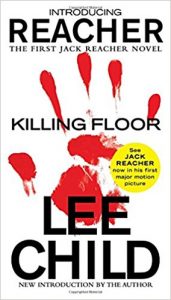 The now impossibly famous Jack Reacher’s first outing – a case of being in the wrong place at the wrong time sets our hard-as-nails hero on a collision course with your run-of-the-mill corrupt small town businessmen. It’s easy to see how the Reacher legend found its wings; he’s the archetype tough-guy without roots and his sledgehammer visit to town moves too quickly for you to stop and pick holes. Though after you finish you might reflect that it’s riddled with implausible plot points and could use some serious editing (Ctr-H – Replace All – “shrug”, and you’ll cut about 50% of the characters’ actions). Just don’t overthink it. Get it here. 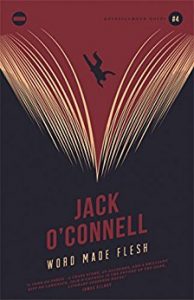 Word Made Flesh by Jack O’Connell

Jack O’Connell’s Quinsigamond novels exist in a gritty and compelling world with an immediately recognisable atmosphere. This industrial noir brings together threads covering bent cops, underworld lowlifes, holocaust survivors and mad writers – in a story that perhaps never quite becomes more than the sum of its parts, but is fascinating to watch unfold. There’s some truth that Word Made Flesh has great style over plot substance, and I’d venture the story gets a little tired (perhaps mostly because of its rather unlikeable protagonist) – but the images at work here are enthrallingly grotesque and acutely realised – evident from a truly striking opening chapter. 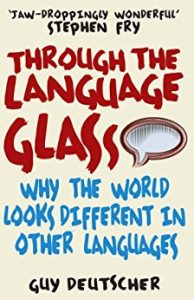 Through the Language Glass by Guy Deutscher

There are ideas in here which can really warp the way you think about language and perception. But only in the way that you twist your mind in knots with questions like what does water taste like. The thought activity is more rewarding than the result. The most interesting part of this book, for me, was retracing the investigations of Prime Minister William Gladstone into ancient texts’ descriptions of colour. In short, when they describe everything in blacks and reds, is it because they didn’t perceive blue? Combined with a number of similar explorations, though, the book notes there’s not a lot of evidence that not having words for something doesn’t mean we see it differently. Still interesting food for thought – and I’ll leave it with one of its more curious points, why do we have so few words to describe the full spectrum of taste?