Blue Angel is OUT NOW on Audible! 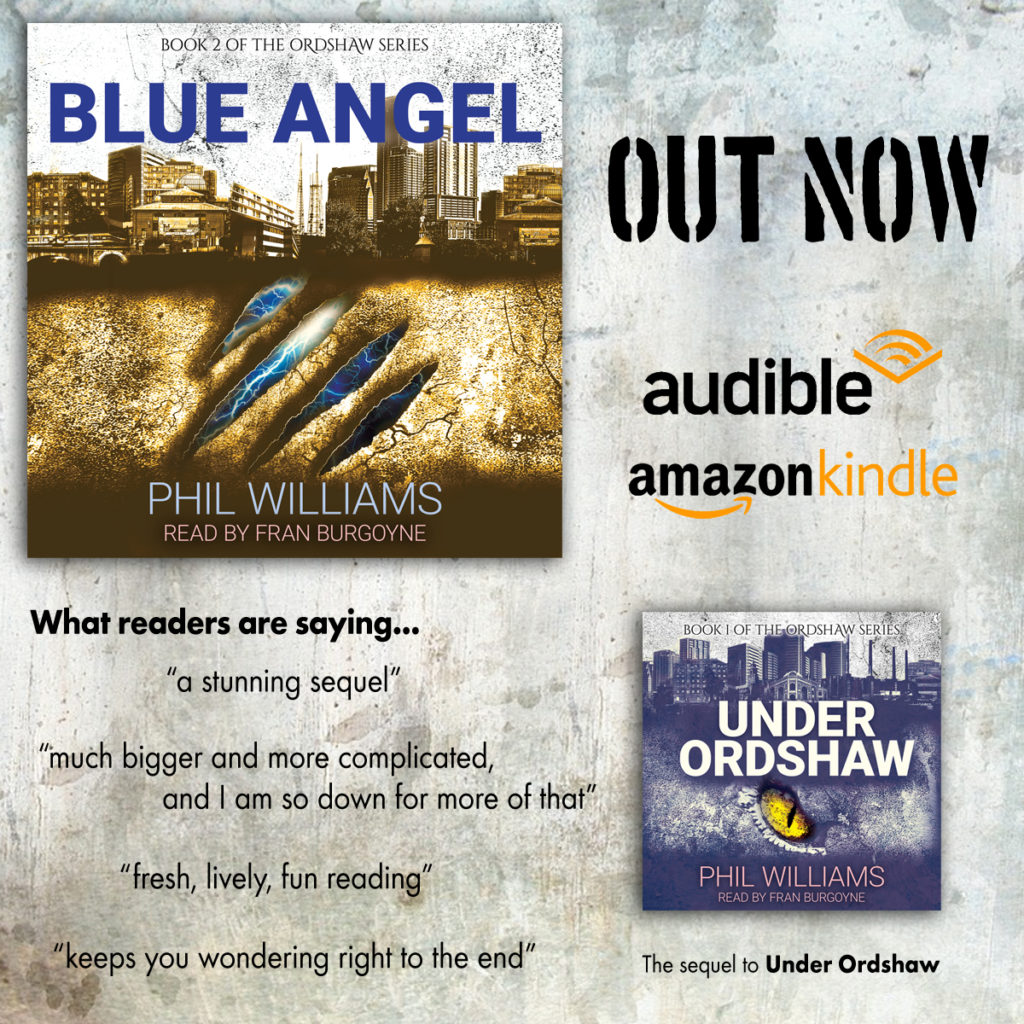 I’m delighted to announce that the audiobook for Blue Angel, the second book in the Ordshaw series is NOW AVAILABLE ON AUDIBLE.

Picking up exactly where Under Ordshaw leaves off, you can now enjoy the next few days in Pax’s wrought life, exposing the literal underbelly of her city with a host of unusual allies and enemies, in all its audio glory.

It’s been great fun putting together another audio production with Fran Burgoyne, who’s made the whole Ordshaw experience that much more immersive and entertaining. And the news of this release comes just as Fran deservedly won the audiobook category of Mandy’s Voiceover Competition 2020. So double room for celebration, the Ordshaw series now have an award-winning narrator!

Blue Angel steps up the action and conspiracy, and just as I aimed to keep improving the series with each, I think Fran’s done an even better job with the sequel. We also had the help of audio producer Ian Bradley to thank for this polished production.

So, for more foul-mouthed fairies, unusual monsters, maze-like mysteries and quick-witted quipping, get stuck in today.