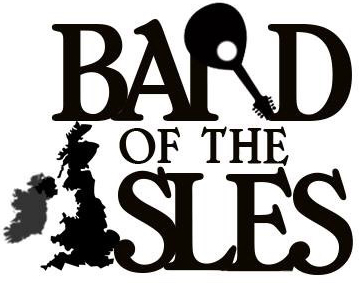 A new magazine packed with some of the freshest voices in British and Irish SFF, free to read today.

In the past year, a delightful new British and Irish Writing Community emerged across various social media platforms, spearheaded by Phil Parker, author of the Knights’ Protocol series. It’s quickly become an active collective of creative writers in all genres, offering advice, support and general japes for anyone with ties to the British Isles – home and abroad.

On the heels of forging this community, a team bandied together to showcase some of the fine work being done by the writers, and Phil Parker, Lee Conley and Damien Larkin have now produced a literary magazine, free for all to read.

Bard of the Isles is a showcase of short stories and articles from an exciting group of writers – and Issue 1 reflects its diverse roots with stories from PS Livingstone, Matthew Olney, Thomas Perkins, Damien Larkin and Phil Paker. I’m honoured to see myself included in that list with my contemporary horror short, The Dogs of Dreams, a haunting tale on the periphery of Ordshaw lore.

There’s articles aplenty too, with insights from editor Jess Lawrence, Timy Takács of Rockstarlit Book Asylum, and DP Woolliscroft, author of the epic fantasy Kingshold. And the icing on a cake, an interview with RJ Barker on the eve of the release of his highly-anticipated new release, Bone Ships.

Packed with so much literary goodness, all at the low, low price of free, there’s enough here to delight readers and writers alike. Get reading Bard of the Isles here. And if you’re inspired to join the British and Irish Writing Community, swing by the Facebook group here.