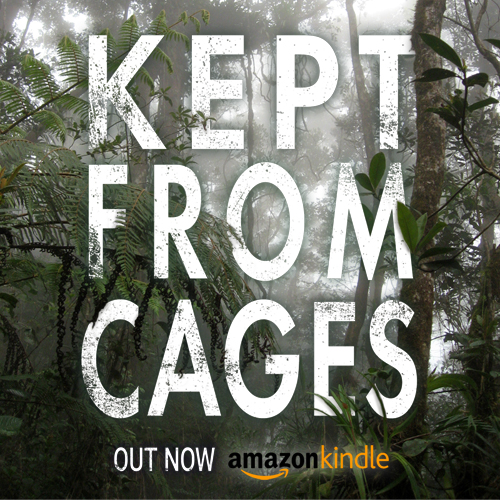 The latest novel in the Ordshaw canon, Kept From Cages, is now available, as of Tuesday 22nd September. It’s a whole new adventure that takes that universe to some far flung places, from Louisiana to the Congo – with a bunch of new characters so you don’t have to be familiar with the earlier books to enjoy it. So what’s it all about? Here’s the blurb:

No one returns from Ikiri.

Reece’s gang of criminal jazz musicians have taken shelter in the wrong house. There’s a girl with red eyes bound to a chair. The locals call her a devil – but Reece sees a kid that needs protecting. He’s more right than he knows.

Chased by a shadowy swordsman and an unnatural beast, the gang flee across the Deep South with the kid in tow. She won’t say where she’s from or who exactly her scary father is, but she’s got powers they can’t understand. How much will Reece risk to save her?

On the other side of the world, Agent Sean Tasker’s asking similar questions. With an entire village massacred and no trace of the killers, he’s convinced Duvcorp’s esoteric experiments are responsible. His only ally is an unstable female assassin, and their only lead is Ikiri – a black-site in the Congo, which no one leaves alive. How far is Tasker prepared to go for answers?

Kept From Cages is the first part in an action-packed supernatural thriller duology, filled with eccentric characters and intricately woven mysteries. Read it now.

I’ve been humbled to see early reviews coming in from great bloggers and writers who really know their stuff. I’ll update this list as more come, but here’s what they’ve been saying, with links to the full reviews:

“an addictive read that is difficult to put down…fast paced adventure with a twist in the tale that really surprised me” – Lynn, Lynn’s Books

“a crazy kind of adventure where you can only expect the unexpected…above all, it’s fun” – Maddalena, Space & Sorcery

“starts with a bang and doesn’t let up…Recommended for fans of high-octane, contemporary fantasy with strong characters and a swift-moving story.” – Sarah, Brainfluff

“A wonderful, exciting, page-turner of a book” – Phil Parker, author of The Knights Protocol

“made me instantly invested in the story of the Cutjaw Kids” – Travis M. Riddle, author of The Narrows & Ustilian Tales

Where to get Kept From Cages

So there you have it. If criminal jazz musicians on globe-trotting adventurers with eerie kids and murderous swordsmen sounds like your bag, you can get Kept From Cages now in eBook or paperback format. It’s exclusively on Kindle Unlimited for Amazon users right now, while the paperback is available from Amazon or can be ordered in from most reputable booksellers. Or you can request it from your local library.

Click HERE or on the image below to go get it now. 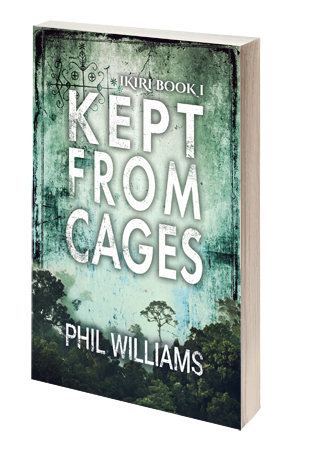