A mixed bag of books on review here – from the affable urban fantasy of Ben Aaronowitch to the decidedly unaffable meanderings of horror legend Clive Barker. Via a classic in between. Two books worth reading, one really not – see if you can guess which is which. 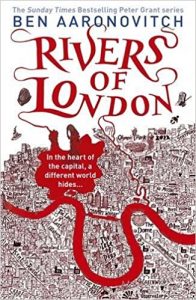 Rivers of London by Ben Aaronovitch

The Peter Grant series is well-established now, with affable London detective-cum-fantasy tales into the double-figures. Rivers of London, the first in the series, is a fast-paced and original romp, riddled with humour and a darkness that goes beyond regular crime stories – as the supernatural villain can do things all the more gruesome than a regular person. The murderous plot involves magic, ghosts and a thick dose of Punch and Judy; if that sounds like you’re cup of tea then you’ll enjoy the ride. Though a well-crafted and undeniably fun piece of work, I did find the protagonist’s (ever-present) sense of humour rather hit and miss. Well, mostly miss. Not enough to stop it being a worthy read though. 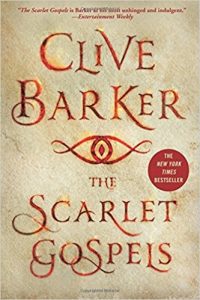 The Scarlet Gospels by Clive Barker

Sweet hell this is bad. I’m a fairly recent convert to Clive Barker’s work, and before reading this I was excited by his craft with horror. It was easy to see why he’s so revered in the field; a short work like The Hellbound Heart was effective enough to spurn a huge franchise. It makes his Hellraiser swansong all the more incomprehensible, though. For the first quarter or so we’re almost treated to his usual talent, a refreshing change to some of my other recent reading. Then things turned ugly and I was slapped about the brain with dialogue and prose that were frankly just embarrassing to read. Think the first draft of a fifteen-year-old making some nonsense up on the spot. The biggest horror here is that a book that took so long to write, from such a talented writer, somehow turned out so poor. 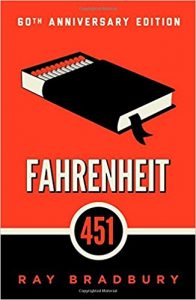 Finally reading a classic work of literature that’s eluded you, it may exceed your lofty expectations and fill a hole in your, or it may leave you thinking “Is that all?” For me, Fahrenheit 451 fell rather into the second category. As a warning, or a social commentary, even just as an example of good writing, it’s everything you could want (including at least one utterly immortal line: If you hide your ignorance no one will ever hit you and you will never learn.). As a book, though, it’s a thin affair, with the narrow scope of a moderately ineffective protagonist bucking against the system in a fairly limited way. Worth a read, but to my tastes lacking in the breadth and depth of storytelling that makes other dystopian classics that much more memorable and effective.