3 Minute Book Reviews: The Blade Itself, Jonathan Strange & the Strugatskies

It’s been a while since I sat down to blog, what with all the other chaotic writing I’ve got going on, but I’ve been building up piles of little book reviews I keep forgetting to post. One of these I read almost a year ago now. Anyway, these three are a happy mix of fantasy that couldn’t be much more different from each other.

The Blade Itself by Joe Abercrombie

This was my first foray into Joe Abercombie’s work, and I was suitably impressed. It’s a very readable, enjoyable tale that worked for me as a gritty, colourful antidote just after reading The Kings of the Wyld (which I’m sorry to say I found a bit flat). Following a handful of heavily flawed but deeply human characters, The Blade Itself drops you right into a fantasy world on the cusp of war. The fantasy is fairly understated, taking a backseat to the protagonists’ struggles with arrogance, resentment, and a history of violence – and the action is good and raw. The only problem I have with it, though, is that this book is really an introduction – the story is just getting started when the book ends. But roll on the rest of the series, I say. (Side note: I love the covers of the First Law books.) 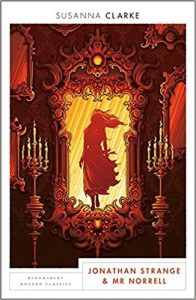 One of those books I’ve had on my shelves for years and avoided starting because it’s so damned long. Jonathan Strange and Mr Norrell is written in the style of a Victorian novel, with introspection, description and footnotes to boot, which adds to its daunting nature. It is, however, a deceptively light read. Susanna Clarke’s talent, as much as creating a delightfully imaginative alternative history (where magic is real in England, during the Napoleonic wars) is in recreating a historical style without it seeming dry or stuffy. It’s a hefty tome, for sure, but I never felt bogged down by the text itself, and enjoyed the ride. To my tastes it could’ve been shorter, but once you’re committed to reading something over 600 pages or so it all becomes much of a muchness, doesn’t it… 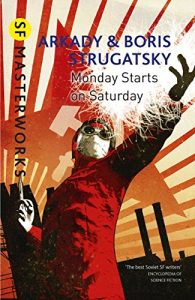 Monday Starts of Saturday by Arkday and Boris Strugatsky

Though they’re best known for writing the book that inspired the fantastic film Stalker, it’s the Strugatsky brothers’ Monday Starts on Saturday has also made it into the SF Masterworks Collection – and it’s such a quirky and different tale it should be clear why. The tale of a newbie joining a wacky institution is a common concept now, with fantastical campus-style antics, and there isn’t a great deal of story momentum to draw you along – but there’s enough oddness about the scientific study of fairy tales to make it worth your time. It feels like a rather haphazard collection of ideas, but it’s always fun and comes together with a suitably bizarre connecting thread in the end.